Note: This is one of the original “Facebook posts” from May 2012. This was one of my early “history finds” that were posted on Facebook. These early posts eventually led to the creation of this blog. I plan to add more information, more pictures, and a drink story in the near future. In the meantime, check out the post for the Compton Water Tower, which stands right next to the Naked Truth.

This is “The Naked Truth” a monument dedicated to three editors of a German-American newspaper in early 20th century St. Louis. Adolphus Busch even put up 20 grand of his own money to pay for it.The problem? It was 1913 and well, she’s naked. St. Louis wasn’t quite ready for that. Protests began, hundreds of letters flowed in, and compromises were suggested, like to drape her with lingerie. In response, the German editors threatened to set off an international incident if they didn’t get their statue as it was designed. In the end, Busch reviewed the plans and said it was just fine as is. The statue was dedicated for all to see on May 27, 1914. She sits in the Compton Hill Reservoir Park on South Grand Boulevard. 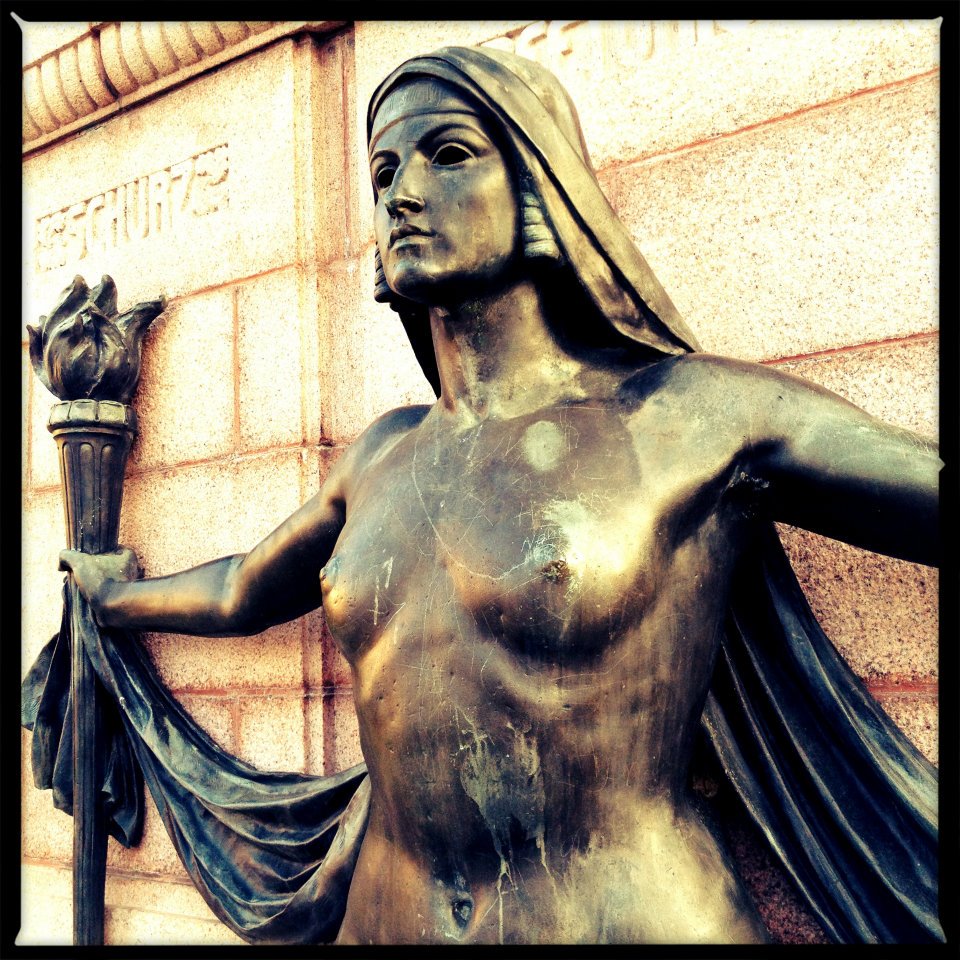